The letter that’s worth its weight in gold.

Like them or love them, McDonald's branding is a shining example of how ads should work. 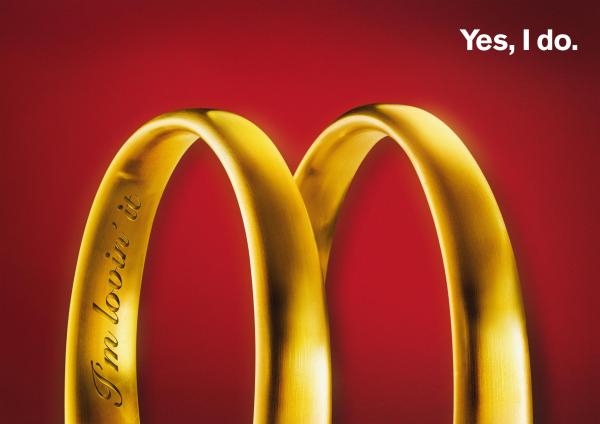 Think of a letter. Any letter. Now make a campaign out of it. 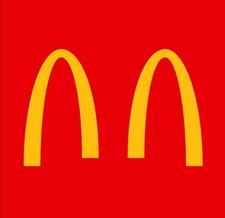 Oh look, another McDonald’s ad. I don’t even need to look, I know it’ll be bang on. Yup, another belter - this one couldn't be more timely.

Everyone is familiar with their ads. Everyone. Even those countries without a McDonald’s – Afghanistan, Iran, North Korea (hmm possibly not), Kenya and a handful more are familiar with the golden arches. The brandmark is nothing more than a solitary golden-arch-like-M. And McDonald’s make use of their single letter branding better than any other company on the planet – now or ever. Word (albeit subjectively). Speaking of which, they don’t even need to rely on a single word to make their numerous campaigns effective and engaging.

They’re a DREAM client – that M is just sooo campaignable. Especially in the hands of arguably the world’s greatest ever ad agency, @Wieden&Kennedy. Of course they’re not the only guys the mighty McD’s are getting creative with. @LeoBurnett (who else?) are the agency blessed with the world’s biggest (by far) burger-chain’s creativity – offline and online – in the UK. And they’ve even tried to bring something new to the party with their purely typographic ads (I spoke about this in my ‘Bollocks to Branding’ post).

Anyway, it was a person I enjoy following on LinkedIn that gave me the inspiration behind this article. Thank you Seedster, aka @SeedToBranch – PS, I’m still waiting on your reply that the McDonald’s ‘M’ is the most campaignable letter EVER. You agreed they’d probably in the top three. I’d love to know what the others are. So I did a bit of digging.

There are, however, a set a rules we must adhere to – I’m talking about a solitary letter. In this case an 'M'. So all those acronym based companies don't make the cut – NHS, BP, BT, FedEx, BBC, NBC, Ups, Google etc. 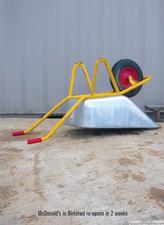 Neither are those multinationals that have become so well-known they don’t even need the brand name, let alone a single letter. Some examples being the Nike swoosh, Apple’s apple, Converse’s star, Coke’s swirly line, Johnnie Walker’s logo with the man in the hat holding a cane, Shell’s shell, Playboy’s bunny, Rolex’s crown, BP’s green and yellow star. OK, enough already – there are clearly tons of them. So they are all ruled out. None of these multinationals make ads featuring one letter. That’s not to say they couldn’t work – they just choose not to. They don’t need to.

So, @SeedToBranch it must be said you’ve taken me down a seemingly endless rabbit hole of logos and brandmarks (relax, it’s fun, especially in times of solitary confinement). But I’ve still to find just one campaign that’s as ingenious as McDonald’s. 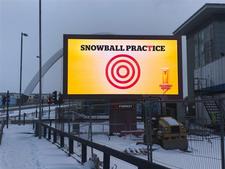 Ah. I’ve found one, I think. Tennent’s. Maybe. But not quite.

Hey, do single digits count? Because if so the ‘4’ in Channel 4 has done some pretty cool stuff – but, it’s a digit and that’s not what this post is about. So, while scratching my head and reeling relentlessly through all the logos google can throw at me, I happen to glance at my iPhone. And guess what – there are zillions of apps out there that advertise themselves with single letters. But are there any that make campaigns out of them? Facebook’s ‘F’, Paypal’s ‘P’, Shazam’s ‘S’, Netflix’s ‘N’. Nothing really works though, at least on the grand scale of the world’s favourite burger flippers.

I even considered football and strips with single letter logos. But quickly lost interest, partly through being pissed off at there being no football for the foreseeable future. Thanks Corona.

So that’s that then. Maccy D’s can’t be beaten when it comes to USING A SINGLE LETTER TO PROMOTE CLEVER, ENGAGING CAMPAIGNS. Now I know a lot of designers out there – font lovers, typographic geniuses, brandmark bigshots, typeface specialists… whatever you want to call them. And one friend in particular, @MartinBoath, Creative Director at an agency I used to work at, @FrontPage could possibly reel off a few one letter campaigns, with ease. Sadly, I can’t. Sorry Seedster. 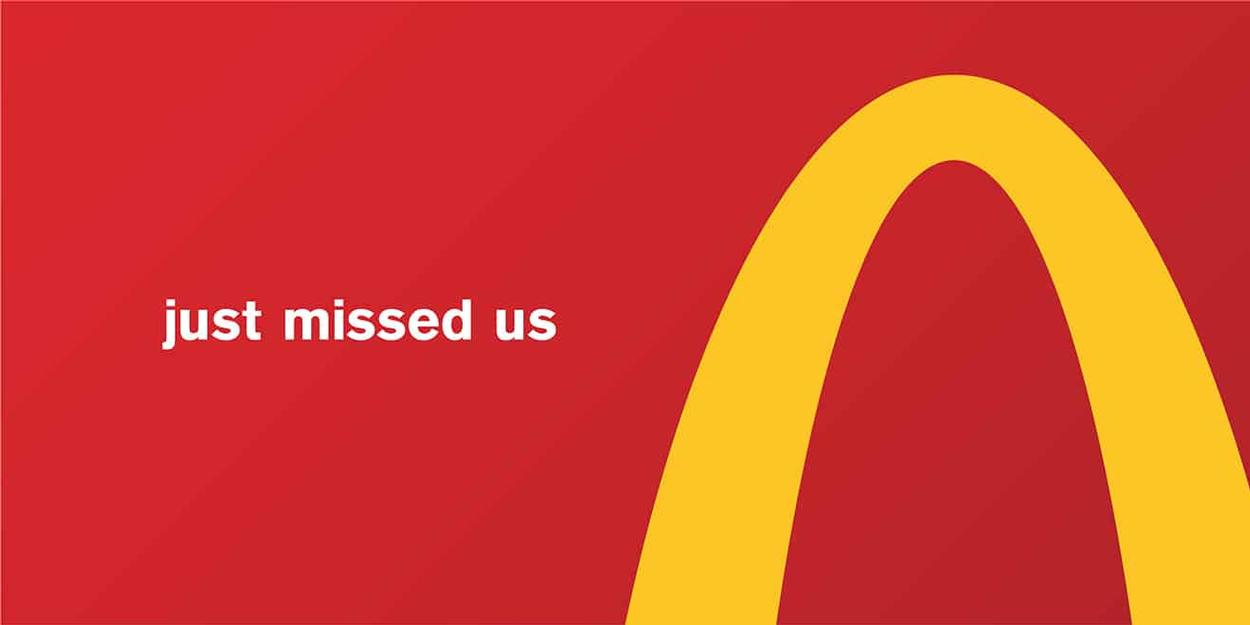